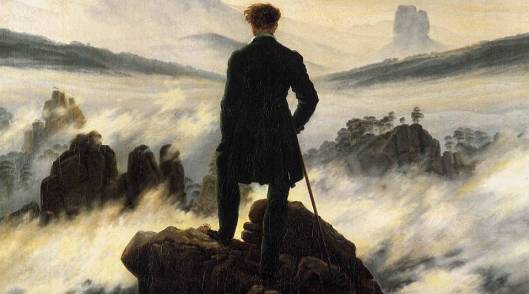 No area of Western history is quite as recondite as that of the Diadochic empires, the successor-kingdoms that sprang up in the wake of Alexander the Great’s meteoric campaigns (334 – 323 BC) to subdue Asia under militaristic Hellenism.  Educated people know that the unity of Alexander’s Imperium, ever tenuous and improvisatory, broke down immediately on his death, when his “companions” fell to bellicose squabbling over bleeding chunks of the whole.  Of Ptolemy’s Macedonian Egypt, most educated people also probably know something – largely because the realm’s newly built Greek metropolis, Alexandria, became culturally the most important polis of the Mediterranean world, and it retained its status even after Octavian conquered Cleopatra and brought her Macedonian rump-state into Rome’s emergent world-federation.  To make the transition from the historically known to the historically unknown requires, however, only that one switch focus from the Ptolemaic kingdom in the Nile Delta to its next-door neighbor, the Seleucid kingdom or state.  The equivocation is deliberate.  The prize that Seleucus grabbed in the wars of succession stretched in geographic space from Syria and Cilicia, and associated insular territories, eastward through portions of Mesopotamia and Asia Minor into the hinterlands of Parthia and Bactria.  Nominally a kingdom, the borders of the Seleucid realm, as distinct from those of the more stable Ptolemaic kingdom in Egypt, were, like the Heraclitean river, in perpetual flux.  Over the centuries, moreover, the Seleucid kingdom steadily withdrew in the direction of the sunrise, sacrificing its vulnerable western regions for the defensibility of its eastern keeps, until in its last act, as the remnant Greco-Bactrian principality, it attempted to perpetuate itself against political mortality by an exodus-through-conquest from Central Asia across the Hindu Kush into Northern India…

Continue reading at: René Guénon and Eric Voegelin on the Degeneration of Right Order [Part I]

I. Guénon, Voegelin, and the Modern Crisis.

The concupiscent subject’s response to the Siren Song of the ecumene, to conquer and possess it, qualifies as Voegelin’s privative exodus in at least two senses. Pragmatically, the conqueror in going forth leaves home; he generally leaves it, moreover, with the cream of the young men and a significant portion of the collective wealth in the forms of his provisions and armaments. Very likely he leaves behind him a vacuum of confusion, and a fat opportunity for mischief. Philosophically or metaphysically, the conqueror in going forth demonstratively exempts himself from the wisdom that, like his homeland, he leaves behind; under the pomp and color of his banners he declares himself the heroic prime mover of reality, a gesture of hubris in the highest degree. For in declaring himself such, he declares nothing less than the abolition of reality, as though it were his prerogative to guarantee what is possible and what is not and so to make patent his success before it occurs. Homer knew this at the beginning of the polis civilization. Agamemnon goes forth to conquer but brings about only the reduction to rubble of the heroic world, including his own murdered corpse; Odysseus, involuntarily alienated from home, struggles back to his native ground to purge his household of uninvited mischief-makers. One sign of the rebellion against reality by the conquistadors of the Ecumenic Age, which entails the abolition of actually existing “concrete societies,” is their insistence on auto-apotheosis, as when Seleucus or Demetrius or Menander identifies himself on his coinage with Helios Aniketos, “The Unvanquished Sun,” or the equivalent. To paraphrase Voegelin: The ecumene is not only a graveyard of societies, but it is also a graveyard of the Helioi Aniketoi; and thus, amid the debris left by their late passage, of the innumerable victims of those self-appointed saviors…

“This is the third in a sequence of three essays examining aspects of reality from a Traditionalist perspective. The two previous essays took as their topics education and its relation to faith; and, the other, revelation and its relation to reality. The present essay, “The Order of Being is the Order of Memory,” assumes the conclusions of the two preceding essays, which it rehearses briefly in the first paragraph.”

An article from teacher and Orthosphere author Thomas Bertonneau entitled, “The Structure of Education is the Structure of Faith”, appearing in the Brussels Journal.

“This is the first in a series of three essays intended to critique selected aspects of the prevailing modern worldview of the West’s ubiquitous liberal regime. In the present essay, I am interested in the prevailing modern view of education; I argue that various pre-modern ways of understanding education address their topic with a good deal more penetration than that achieved by the modern view, which tends to insipidity. In a follow-on essay to this one I will address the question how revelation is related to reality; a third essay will devote itself to a discussion of memory considered as an institution.”